The ETH short initiated at 4210 on November 17 reached the 3010 target. See MTC#4 if you missed it. MTC#4 explains the whole bear thesis and why I have been generally bearish crypto for the past few months. The idea grew and got better as the Fed got more hawkish and the crypto hype machine took on a bit of water in the last few weeks. Now, I’m going to neutral for a bit. Many cyclical negatives remain for crypto (Fed and halving cycle both still bearish), but price is oversold and the crypto hype cycle is wayyyyy off the highs.

I got a bunch of emails asking whether I’m still bearish ETH and the answer for now is: no. When I put on a trade, and it hits the target, I like to enjoy the feeling of getting back to flat for a while and look around for fresh ideas. There is a particular power and clarity of mind in trading that you can only achieve when you have no position. As a trader, I’m a huge believer in the power of flat. Here’s a quick excerpt from Alpha Trader: 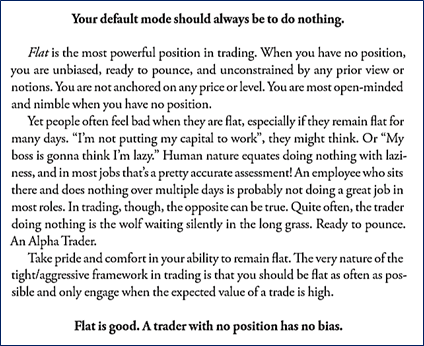 Note to anyone reading this who does not know me: I’m a trader, not an investor or a HODLer. My time horizon is usually one day to one month with occasional, but rare, swing trades that last one or two months. The ETH short idea, initiated November 17 and closed this past weekend after 52 days, is about as long-term as I get. I am long-term bullish on blockchain and related technologies but always agnostic on price. I am equally happy long, short, or flat crypto. I don’t care how it all pans out, I’m just here for the fireworks.

Nowhere is that process of feedback loops and reflexivity more important than crypto. The entire asset class is built on a foundation of narratives because there are no future cash flows or real-world assets to value. Instead, valuation is driven by an ever-changing mix of excellent utopian dreams of a new monetary system, cool dapps, Web3, DeFi, and countless other legitimate bull narratives. Sharing the stage with the legitimate narratives are charlatan influencers paid to shill altcoins so whales can dump them into lottery ticket buying all-in FOMO retail. And then toss in a broad range of unregulated quasi-securities just for fun.

It all makes for a spicy concoction on the way up—and on the way down. On the way up, the reflexivity validates the narrative and on the way down, the Web3 haters get more airtime and the agnostics and atheists start to think… “Wait, what problems are we actually solving with these so-called ‘solutions’?”

I try to be as positive as possible on Twitter, but this made me chuckle, so I had to reply. 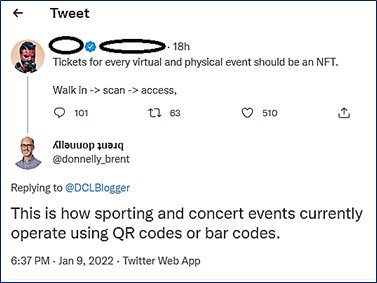 Maybe there was more in the thought process than just the content of the tweet (there’s not much room to elaborate on Twitter), but you see this kind of solution in search of a problem stuff a lot in Web3. I admit these swipes at Web3 are deliberately disingenuous, but… They are also funny. So here’s another one: 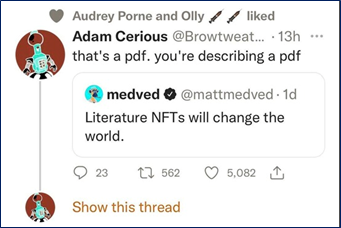 I understand the difference between a PDF and an NFT, but like all good humor, these jokes contain some element of truth here.

Anyway, I’m not an expert on Web3. Maybe it’s 96% hype and shill, or maybe it’s the Next Big Thing™. My point is that the negative takes coming non-stop from folks like Stephen Diehl (and many others) receive more amplification and credibility when crypto prices are falling. And of course, Arthur Hayes is piling on!!! When crypto prices are rising, negative narratives are old men yelling at clouds. When prices are falling, it’s a tiny bit harder to ignore the less-optimistic hypotheses.

I tend to think Web3 will be super awesome, but the hype is literally years ahead of the reality in many sub-sectors such as GameFi. Token-first, game-second projects and an infinite collection of competing metaverses look super unappealing to me and make me particularly skeptical of this metaverse and GameFi hypewave. When great games are tokenized, or a winner looks to be emerging from the metaverse cacophony, I will be more bullish. In the short term, I see stuff like The Sandbox which looks a bit like a 3D interactive version of the Million Dollar Webpage from 1996. It could be a metaverse winner, but so could literally 1000s of other competitors. 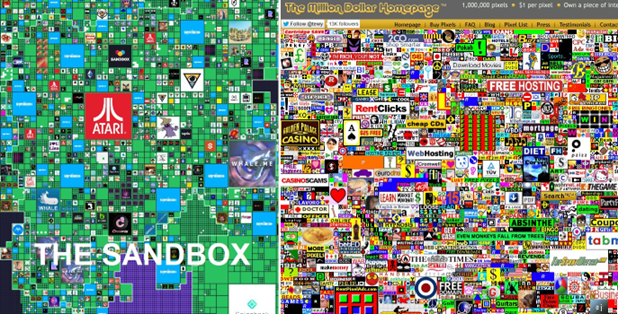 jk please don’t @ me about this

I outlined the bearish SAND view in MTC#8. It’s not that there is something specifically to dislike about The Sandbox. It’s simply a good proxy for the recent metaverse mini-bubble and some portion of insiders will be unlocked (allowed to sell) this week. With SAND trading at $4.50 and insiders likely long below $0.01[2]… There is a big incentive for the influencers and insiders to hit any old bid once unlocked.

In 1999/2000, there was heavy traffic on websites devoted to tracking the lockup expiry dates for NASDAQ IPOs. Insiders are long at absurdly low levels and will sell with reckless abandon the second they are free to do so. Here’s an academic paper on the topic. The TLDR is:

After an initial public offering, most existing shareholders are subject to a lock-up period in which they cannot sell their shares for a prespecified time. At the end of the lock-up, there is a permanent and large shift in the supply of shares. The lock-up expiration is a particularly interesting event to study because it is (i) completely known and observable, and (ii) potentially meaningful economically given the existing literature on supply shocks. This paper investigates volume and price patterns around this period and documents several interesting results. Specifically, even though the event is totally anticipated, there is a 1% to 3% drop in the stock price, and a 40% increase in volume, when the lock-up ends.

Making money shorting unlocks requires considerable skill and excellent timing. The lockup information is publicly known and thus timing on entry and exit are critically important. By the way, here is a list of Sandbox Partners. South China Morning Post teaming up with Snoop Dogg and Deadmau5… Random!

I’m not hating on The Sandbox project. It looks kind of cool and… I’m a Deadmau5 AND Richie Hawtin fan, so there’s that. But the point is that the metaverse hype has passed its peak and the SAND unlock is coming this week. The token is already down 15% since I wrote about it 06JAN, but bubbles tend to drop 80% to 85% high to low once they burst. 80% off the ATH for SAND is $1.68. Note: I’m not putting the SAND short in here as a trade idea because I have no way of shorting SAND.

The gangster trade is vol-weighted short SAND / long BTC. That’s a nice way to get short overhyped Web3 while staying crypto neutral because the overall market looks oversold. If I could do that trade, I would. But I can’t! American crypto regulations are impeding important crypto RV spec trades!!

That’s it for today. If you would like to read my daily global macro note, you can sign up here. That’s my best work! ($490/year). Thanks for reading!

[1] A kind of lame but also neat thing: I was at the filming of “The Reflex” video. Maple Leaf Gardens, Toronto. Duran Duran show, March 5, 1984. First concert I ever went to. If it makes you sad that I liked Duran Duran, I was also a big Iron Maiden fan. Iron Maiden was the second concert I ever went to. Same year (Twister Sister opened!). I also owned the limited edition, red vinyl “Number of the Beast” LP.
[2] I’m just guessing, but I bet this isn’t far off.